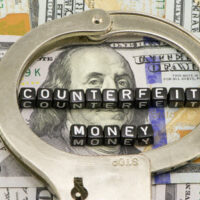 A Boynton Beach woman met a man in a Publix parking lot to conduct a drug deal, and wound up shooting him several times after she determined that the cash he gave her in return was fake. The victim was taken to Delray Medical Center with non-life-threatening injuries, while the aggressor was booked on charges of aggravated battery and other firearms-related offenses. However, it is important to note that neither participant in the alleged drug deal was charged with any kind of drug-related offense. It is worth examining why not.

Possession With Intent To Sell

Being on either side of a drug deal can open you up to possession charges, either with or without intent to sell. Florida takes drug charges very seriously, both because of the possible harm drugs can do to society in general and because of the state’s history as a cartel battleground. However, there are specific criteria that must be established in evidence before a State’s Attorney can bring drug charges against an individual, regardless of how serious the alleged offense might be.

The actual charge you will face depends on the amount of the drug you were caught with, and the circumstances in which you were stopped. For example, Florida law states that someone who delivers or sells less than 20 grams of cannabis without consideration would face first-degree misdemeanor charges, which can lead to up to 1 year in jail and significant fines. However, someone who delivers or sells a small amount of cocaine would be looking at a second-degree felony charge, where the time behind bars would be much longer.

Knowing this much about drug possession and dealing charges, one might be confused as to how the Boynton Beach woman and her co-entrepreneur managed to escape being charged with drug crimes – one might reasonably assume that they would be charged with simple possession, at the very least. There are many reasons why the State’s Attorney may have chosen not to pursue drug charges, but some of the more possible have to do with specific definitions laid out in the law. For example, in order to charge someone with trafficking or delivery of drugs, the transfer of drugs must actually have taken place. A reasonable argument can be made that no transaction actually happened between the man and the woman, because the man did not provide any kind of value for his half of the deal.

Another possibility is that the State’s Attorney had little to no evidence beyond the word of both participants. If there is no evidence of any items changing hands, for example, very often prosecutors will not bother to charge this type of case, because the chance of prevailing is slim. Or, in this particular scenario, the prosecutors may simply have decided that the woman in particular had been charged with multiple weapons violations already, and to add drug charges on top would not strictly be necessary.

If you have been stopped on suspicion of drug crimes, it is crucial to remain silent until you have the counsel you are entitled to. The West Palm Beach drug crimes attorneys at the firm of Perlet, Shiner, Melchiorre & Walsh, P.A. are well versed in these types of cases, and are ready to try and assist you with yours. Contact our offices today to speak to an attorney.