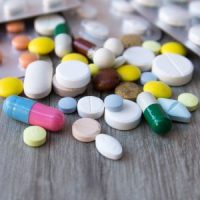 In late July 2022, a Clearwater doctor was charged with a total of six counts of drug trafficking – three each for codeine and oxycodone – after being arrested when an undercover police officer attempted to buy a prescription. The doctor had allegedly been selling prescriptions for promethazine codeine syrup – essentially a cough syrup containing liquid codeine – and for oxycodone since at least January 2022, though possibly for longer. While most people do not engage in drug trafficking on this sale, it is important to be aware that drug trafficking charges in Florida are extremely serious, and may hit you when you least expect it.

Drug trafficking in Florida has very little to do with the specific situation in which someone is stopped with contraband; rather, the two important factors are the substance in question, and the amount of that substance that the person possesses. Many trafficking charges in Florida are brought because a person is caught with a sufficiently large amount of a specific drug that meets a certain legal threshold.

For the average person, this is where most drug trafficking charges come from – it is unfortunately all too easy for the average individual to possess enough to trigger state trafficking law without knowing it, depending on the substance they are stopped with. For example, if a person is arrested and 4 grams of fentanyl is found on their person – enough to fill a small bag, about as tall as a ballpoint pen – they will be charged with drug trafficking because that is enough to trigger the law’s threshold. The potential sentence in Florida for trafficking in fentanyl is anywhere between 3 and 30 years in jail.

While the average person will usually not engage in large-scale drug trafficking, the Clearwater doctor and most other medical professionals who are charged with this kind of offense are usually charged under a different legal provision. Florida has a specific statute which states explicitly that physicians and other medical professionals may not “knowingly assist” anyone in obtaining a controlled substance via deception, and may not write a prescription for anyone if the sole purpose in doing so is to make money for the practitioner.

The possible sentence for engaging in drug trafficking this way will be roughly the same as they would for any other person, with similar potential prison sentences, but medical professionals may also face professional consequences – for example, when law enforcement searched the doctor’s home in Redington Shores (about 30 miles southwest of Tampa), the federal Drug Enforcement Administration (DEA) also participated, serving the doctor with an injunction preventing her from practicing medicine for the foreseeable future. Even if she manages to avoid a conviction, it is not unlikely that her license to practice may not be reinstated.

As of this writing, the investigation into the doctor from Clearwater continues, but if you have been charged with drug trafficking, you need to act quickly. Calling a West Palm Beach drug trafficking attorney from the firm of Perlet, Shiner, Melchiorre & Walsh, P.A. can help ensure that your rights are protected in court. Contact our office today to speak to an attorney.